Well, I hate to say this but Windows 7 will have its support ended on 14 January 2020, that is, less than a year from now. After the support ends, there will be no more updates, and developers will most likely cut support for it too, usually starting from around a year after.

So what should you do when its support ends, you say? And oh, don’t tell me I need to upgrade to Windows 10, because it sucks!

Switching to Linux gives you a lot of benefits. Most of the distros you’ll find such as Debian are free, it’s highly customizable, can be made lightweight (which is perfect for low-end computers), more secure (because not much people use it, Windows users are more likely to be targeted by malware devs), and you can also dual-boot it with Windows if you still need to use certain programs or games that aren’t available on Linux. There are many more advantages to using it, but these are the ones that appeal me the most about it.

Of course, at first glance, it might seem difficult to use it, but considering the benefits, it’s the best long-term solution. If you just need a hassle-free Linux distro, try Ubuntu as it has the best community support compared to other solutions.

2. “Upgrade” to Windows Embedded POSReady 7 and get an additional 21 months of support

Windows Embedded POSReady 7 is a variant of Windows 7 intended for point-of-sale computers. It doesn’t differ much from a regular Windows 7, but the good thing about this version is that its support ends on 12 October 2021, which is around a year and 9 months after Windows 7’s end of support.

The problem is, this version of Windows is not available for consumers, meaning that you’ll need to pirate it (using the evaluation installation and patching it with Microsoft Toolkit) if you want to activate it. If you have a Microsoft Azure Dev Tools academic subscription, you might be able to activate it legally, but this isn’t something everyone has access to.

If you really still want to stick with Windows 7, this might be your best option. However, it might be wiser to upgrade to 8.1 instead and make it look like 7 (see below)

3. Upgrade to Windows 8.1, and tweak it to make it look like Windows 7

This one is a very clever idea. Windows 8.1 is supported until 10 January 2023; around 3 years after Windows 7’s end of support, which makes it very ideal if you still don’t want to switch to Windows 10. It’s also quite stable and doesn’t constantly force you to update.

Now, the most common reason people avoid it like the plague is because its start menu is terrible and it lacks Aero Glass. However, this is something that’s easily fixable. With Aero Glass and StartIsBack, along with a custom Aero theme, you can make it look almost exactly like Windows 7, with only a few minor differences, which makes you feel right at home when using it. Just look at this: 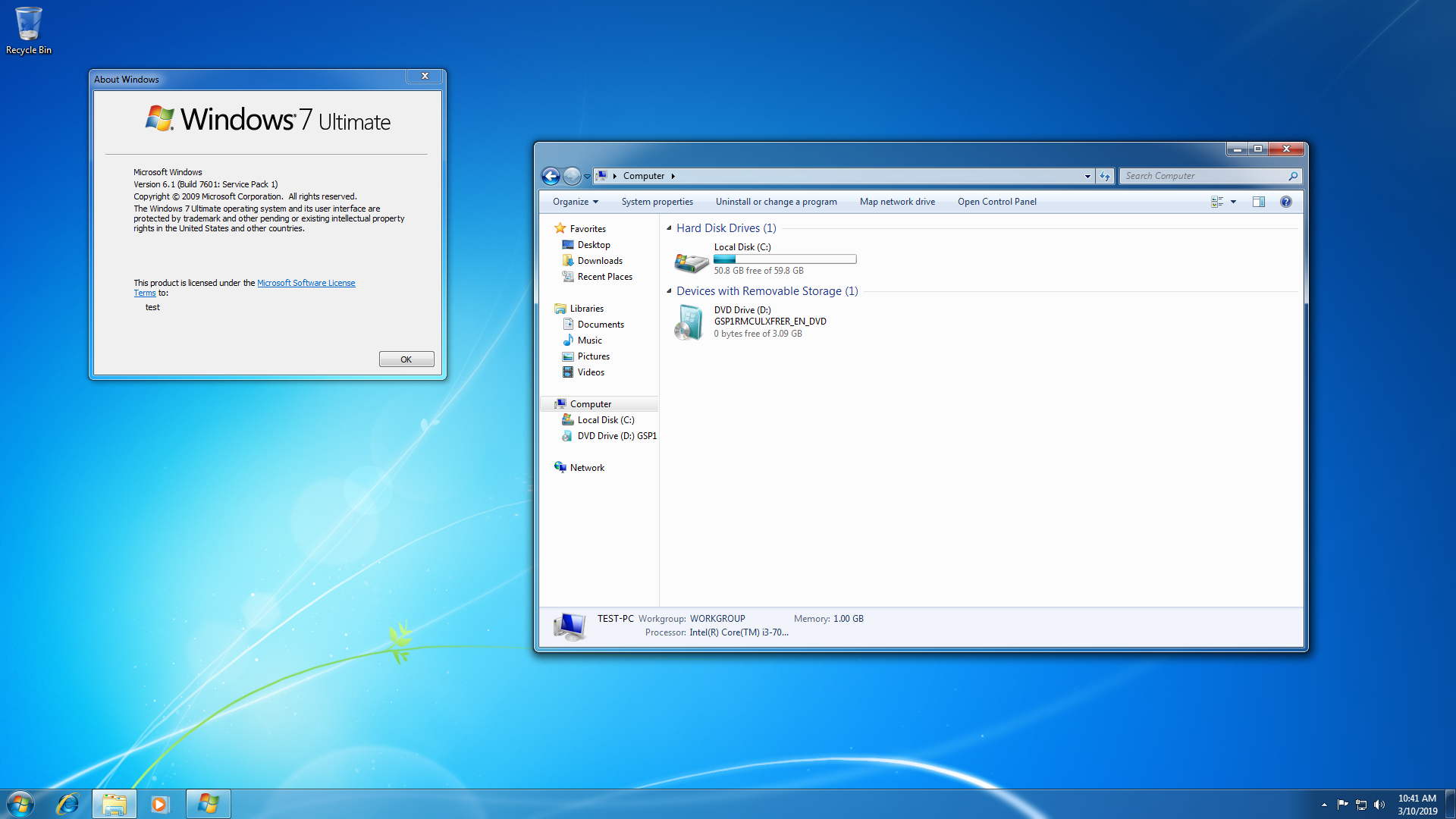 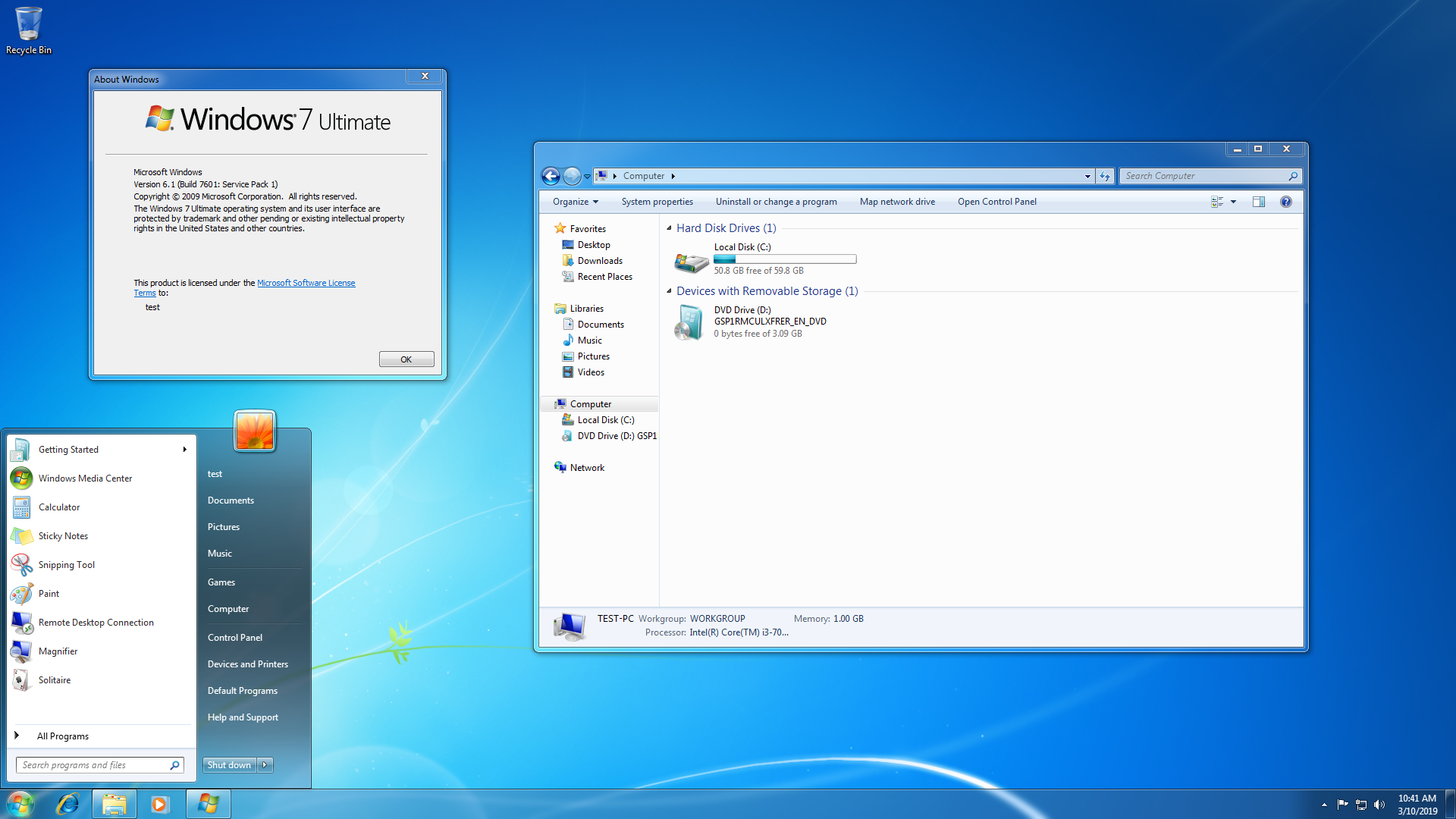 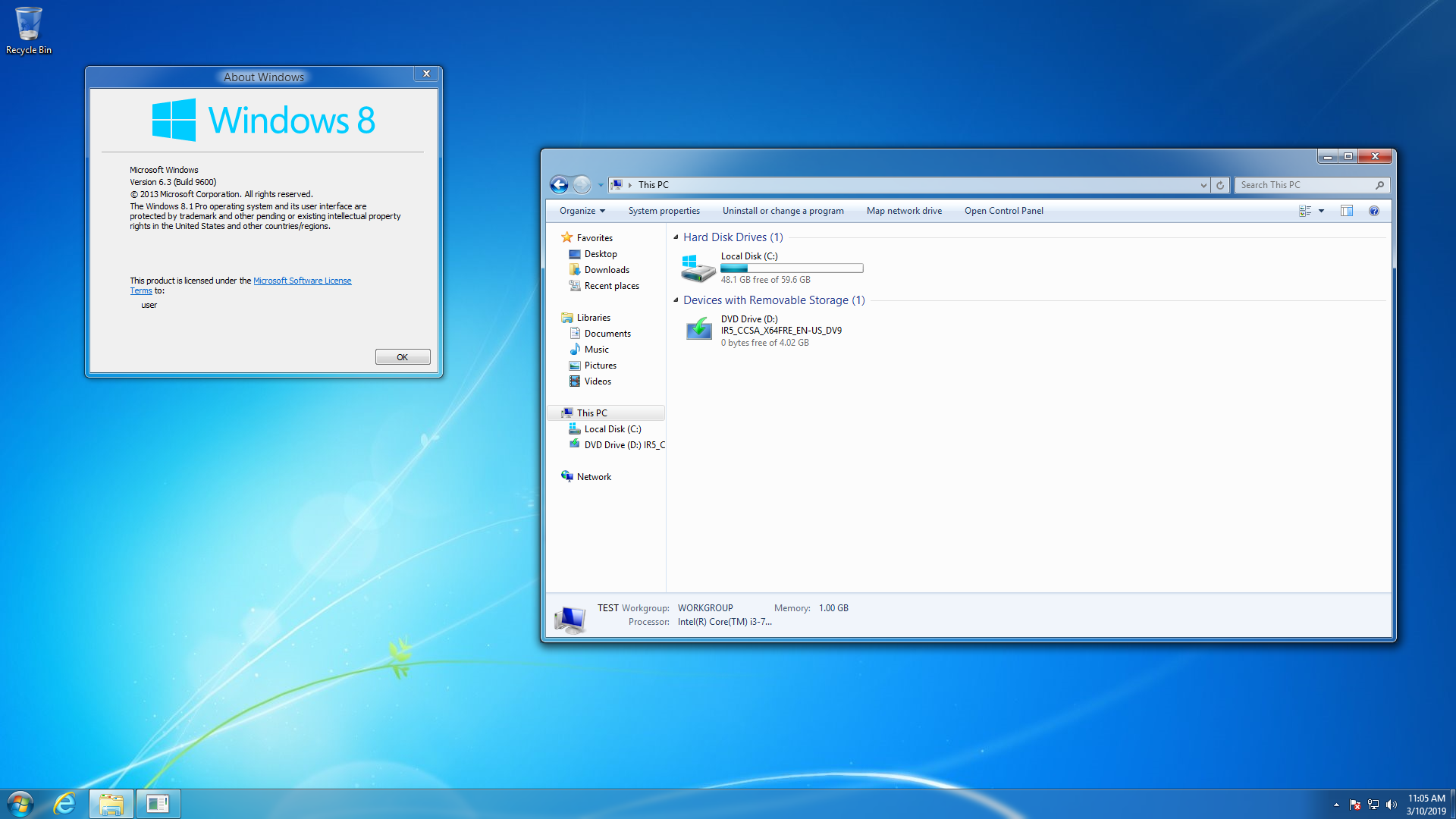 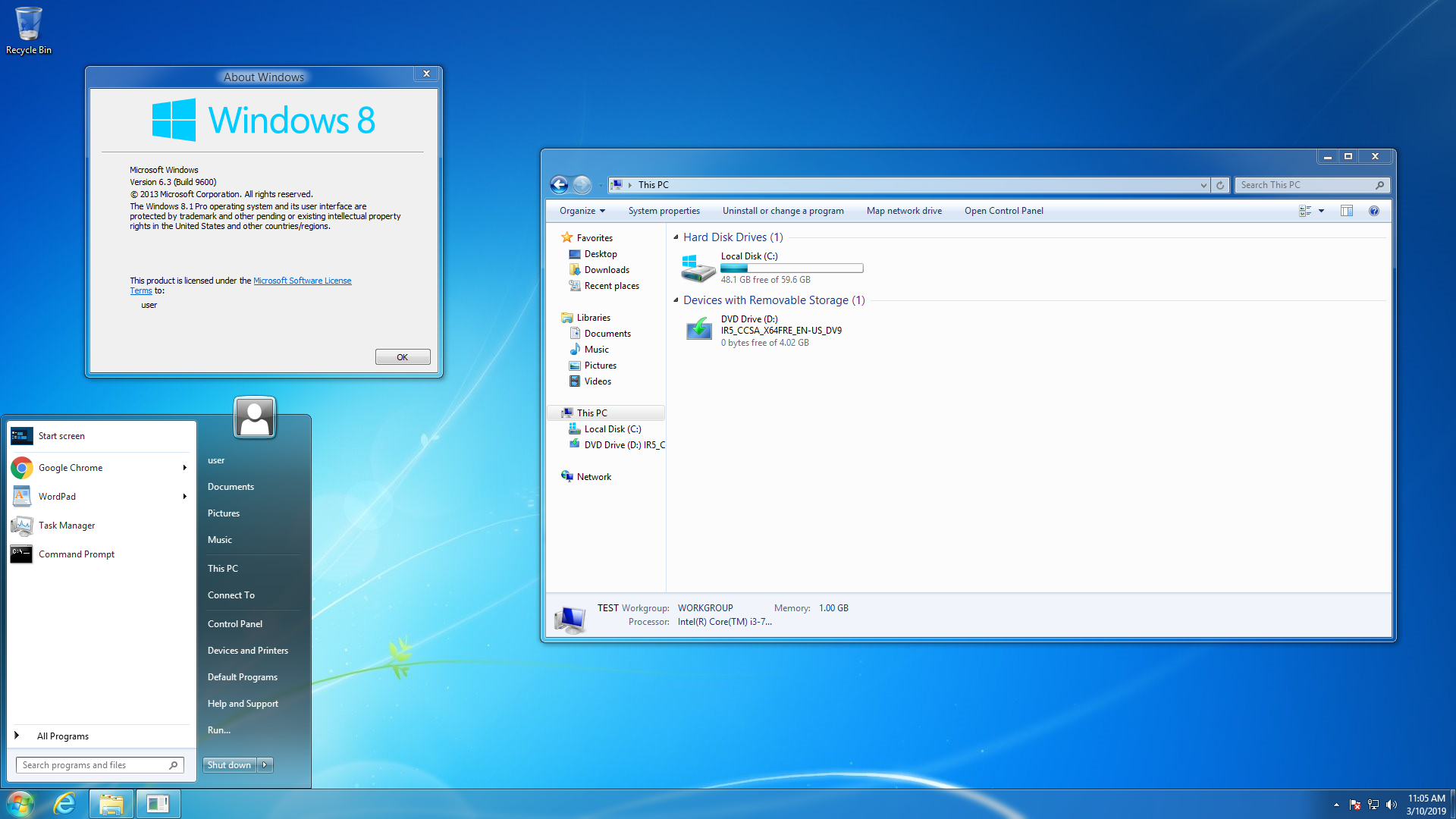 4. Upgrade to Windows Embedded 8.1 Industry Pro/Enterprise to get longer support and make it look like Windows 7

The best option to continue receiving updates and get the Aero glass, if you don’t mind pirating stuff. With Embedded 8.1 Industry Pro or Enterprise, you’ll continue to receive updates until 11 July 2023, three and a half years after Windows 7’s end of support, which translates to 6 months of additional support compared to the regular Windows 8.1. While an extra 6 months might not be much and sounds pointless, not to mention that you need to pirate it, it can be useful for people who really wants to stick with anything but 10 till the end.

Unlike Embedded POSReady 7, the evaluation version of Embedded 8.1 Industry Pro can’t be converted into the full version. You can actually get the full-fledged ISO from The Eye here. You’ll need to use KMSPico to activate it (won’t give you the link for obvious reasons).